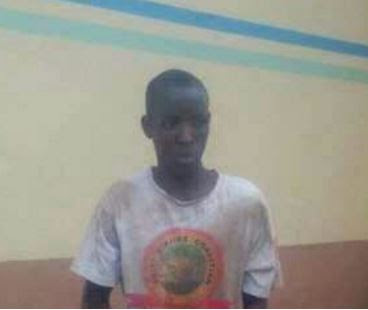 The Oyo state police command have arrested a motorcycle rider, Tosin Oluwatosin, pictured above, who was found with a human head at Ifaki-Ekiti in Ekiti state. According to reports, Tosin had picked up the boy with his motorcycle and was to drop him off at home. He however made a detour, took him to a house where the boy was beheaded. The police is currently on the trail of his accomplices.  See the graphic photo after the cut. 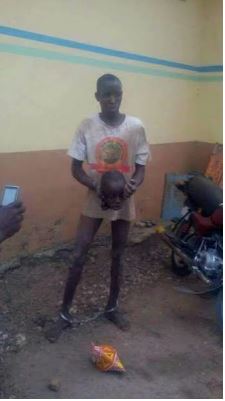