Buahri To Visit Sambisa On Monday 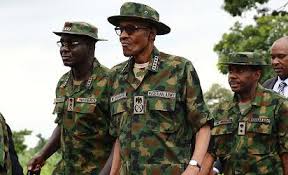 He said the President will be at forest to declare open the Nigerian Army Small Arms Championship, (NASAC 2017) scheduled to hold there.

According to him, the championship aims at testing and shaping the intelligence and professional capacity of the Nigerian Army officers and soldiers as well as equipment.