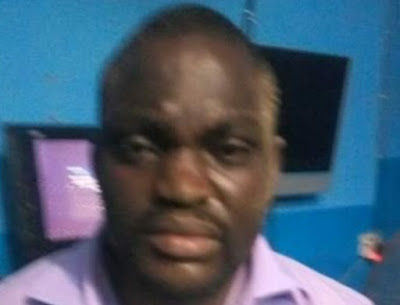 The deceased was said to be a food vendor.

The state Police Public Relations Officer, Abimbola Oyeyemi, said the suspect was arrested on Thursday March 9, following a complaint from one Cletus Ogah who reported the incident at Itele- Ota Divisional headquarters of the command that his younger brother had stabbed their mother to death.

Upon the complaint, Oyeyemi said the Divisional Police Officer, Lukman Raheem led detectives to the scene at No 16 Ololade street Lafenwa, Itele- Ota where the suspect was promptly arrested.

He said preliminary investigation revealed that the suspect who had just finished his National Youth Service Corps programme came back home three days earlier and had been having squabbles with the deceased since then.

Oyeyemi, an Assistant Superintendent of Police, said the suspect, in his statement, claimed that his mother was in the habit of insulting and disgracing him in the presence of her apprentices, hence, he took her life.

He said the remains of the 62- year- old food vendor have been deposited at the Ota General Hospital morgue for autopsy.

Meanwhile, the state Commissioner of Police, Ahmed Iliyasu, has ordered the immediate transfer of the suspect to homicide section of the State Criminal Investigation and Intelligence Department for further investigation.