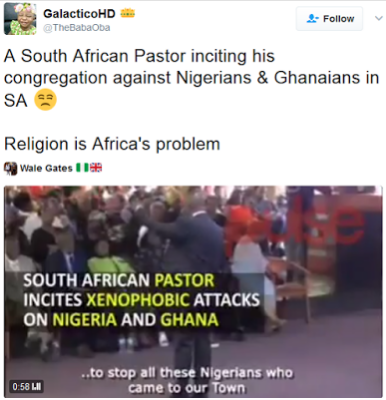 He also blasted the South African government for allowing foreigners, trading in penis enlargement and abortion into their country.

According to him, the womb of a woman is God's workshop. Which means committing abortion is destroying the work that God is doing on the woman. 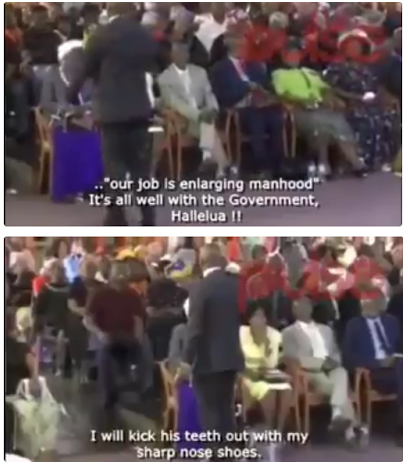 Basically Nigerians and their Big 🍆s is the reason for the xenophobic attacks in South Africa... 😳😳😳 pic.twitter.com/i4f3YfrKrl
— Wale Gates 🇳🇬🇬🇧 (@walegates) March 18, 2017