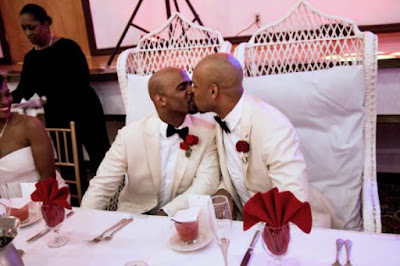 Police, yesterday, arraigned 53 persons, who were allegedly arrested during a gay marriage, before a magistrate’s court in Chediya-Zaria, Kaduna State.

The prosecutor, Mannir Nasir, said the accused were arrested on April 15 at a motel and were being charged for conspiracy, unlawful assembly and belonging to a gang of unlawful society.

He said the offences contravened Sections 97, 100 and 197(a) of Criminal Procedure Code, CPC. According to Nasir, “on April 15, at about 9p.m., a team of policemen, led by DSP Muhammad Lawal-Mashi, arrested and brought to the police station 53 persons.”

He ordered that each surety must present two passport size photographs, valid identity card, bank account number, letter of credence from a traditional ruler, a 2015 utility bill and a valid GSM number. The Chief Magistrate adjoined the case till May 8 for further hearing.