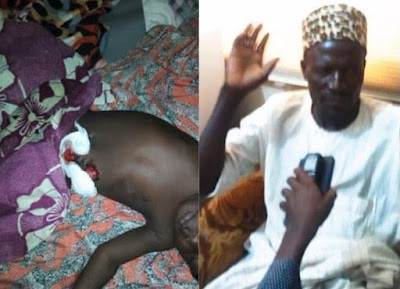 The 7-months-old baby who was raped  by her 57 year old stepfather, Magaji Dansale, in Katsina state last month, has died. Reports has it that she died at the Turai Yar'Adua hospital today.

The baby’s anus and vagina were said to have been injured due to forceful penetration. Meanwhile on his own side Magaji who is currently in police custody told newsmen that he had canal knowledge of the little girl because he believed he would become rich once he sleeps with an infant.

May her gentle soul rest in the lord.