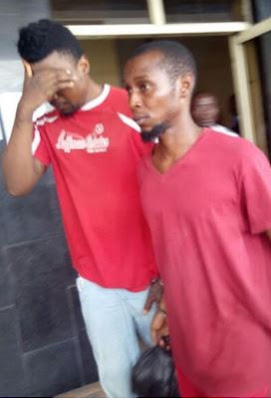 The suspects who took the life of Jumia delivery man, Chukwuma Eleje, were today arraigned before the Port Harcourt magistrate court in Rivers state.

Chukwuma was on March 25th, killed by the suspects when he went to their residence in the Ada-George area of Port Harcourt to deliver iphones and a motorcycle they ordered form the online store.

The presiding judge ordered that the suspects be remanded in prison.

His wife and mother of his four children were at the court hearing.