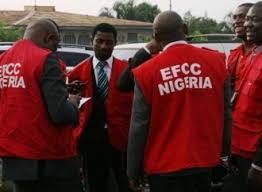 Senator Peter Nwaoboshi has refuted the allegation of N2.1billion contract fraud leveled against him by the Economic and Financial Crimes Commission (EFCC).


Exonerating himself of any wrongdoing, Nwaoboshi said it was not true that he perpetrated fraud in the execution of the contract awarded his company, Biderberg Enterprises Limited, by the Delta State Government in 2010. He maintained that the said contract was diligently and transparently executed.
The Senator, who serves as Chairman, Senate Committee on NDCC, also refuted the media report that he fraudulently acquired a12-storey building belonging to Delta State in Apapa Lagos in collaboration with his younger brother, Augustine Nwaoboshi. In the report, he explained, Augustine had been allegedly accused of operating over 20 bank accounts for fraudulent purposes.

According to the widespread report which was featured by the national dailies yesterday, Nwaoboshi and his brother were said to have been thoroughly investigated by the EFCC over the alleged fraud and that they may soon be arrested and prosecuted in the court of law.

While reacting to the allegations in his office yesterday, Senator Nwaoboshi said the whole thing bordered on vendetta, adding that the action of the EFCC was based on his recent position and that of the Senate on the confirmation of the acting Chairman of the anti-graft agency, Ibrahim Magu. “The Delta State Government that awarded the contract is not complaining or any notable stakeholder in the state.
So, what interest is EFCC serving over the matter when nobody from the state had raised any issue bordering on corruption as far as the contract is concerned or the 12-storey building bought in Lagos by one of my companies , which was not undervalued as being alleged,” he queried.
“Even the other issue reportedly raised by EFCC as regards multiple bank accounts by my brother is ridiculous because there is no law in the land that limits the number of bank accounts any individual in the society should have”, he added.

He, therefore, condemned the agency for rushing to the press to spread falsehood against him, saying the style of its investigation was one of the reasons the Senate stood against Magu’s confirmation.