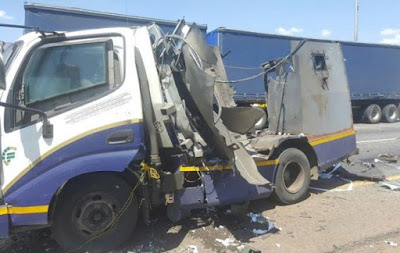 South African police are hunting for a gang of armed robbers who blew up an armored cash-in-transit truck in busy traffic in Johannesburg, escaping with an undisclosed amount of money.

The robbers, traveling in a BMW and a Mercedes-Benz, shot out the tires of the armored truck as it was traveling toward Johannesburg’s international airport, according to police.

“The guards were forced out of the vehicle before the suspects blew their cash van up with explosives,” the police said in a statement. “The suspects took an undisclosed amount of money in cash boxes and one of the guard’s firearms. They fled from the scene in two vehicles.”

A video by a passerby shows a gridlock of traffic around the truck as cars turn away to escape the attack. The truck is hit by an explosion soon after.

Last month a shipment of cash was stolen from Johannesburg’s O.R. Tambo International Airport. A gang disguised as policemen stole at least 1.8 million dollars in cash that was about to be loaded onto a South African Airways plane bound for London. 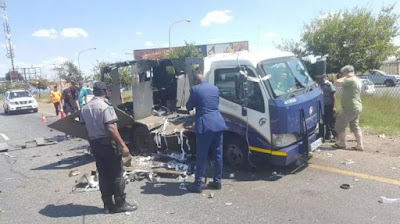 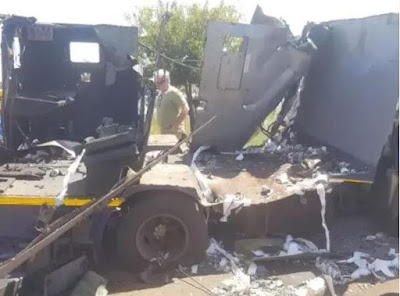