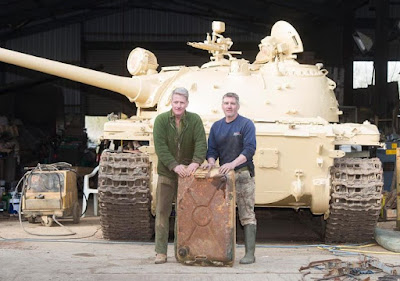 An army tank fanatic got a new model in a £30,000 trade-in — and found more than £2million of gold bullion hidden in the fuel tank.

Nick Mead, 55, discovered the five gold bars in the Russian T54/69 while restoring it to add to his collection of 150 military vehicles.He and mechanic Todd Chamberlain were filming themselves prising open the diesel tank in case they found munitions and needed to show it to bomb disposal crews.

Instead, they pulled out the bars, weighing up to 12lb — 5kg — apiece, the UK Sun reports.

Todd, 50, said a quick calculation suggested they were worth in excess of £2million.

“We didn’t know what to do. You can’t exactly take five gold bullion bars down to Cash Converters without questions being asked, so we called the police.”Todd and Nick had already found machine gun ammunition while stripping down the tank and were worried they would find guns.

Instead, they discovered the gold, which they believe was looted by Iraqi soldiers in Kuwait during the Gulf War. 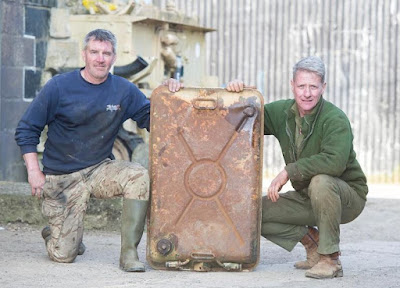 “They must have cut a hole in the fuel tank and rammed it full of gold bars.”After calling police, two officers took away the bars and gave them a receipt.

The military buffs have stored it in a safety deposit box in London. Nick said: “Even if I don’t get any of the gold back I will still have my beautiful tank.”

A Northamptonshire Police spokesman said they could not comment “for operational reasons”.