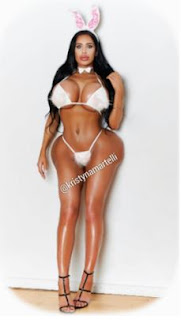 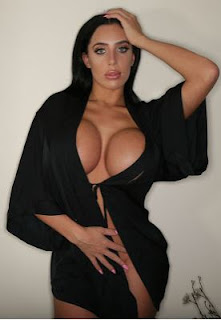 Do you remember Kristyna Martelli, aka Human Blowup Doll (HBD)? She's the lady who has had over 100 different surgeries on her butt that left them looking highly unnatural. Sadly, Kristyna is dead. She died during her latest plastic surgery procedure.

There had been rumors of her death but it was just confirmed yesterday by her friend, Amy Anderssen. She revealed that Kristyna died after suffering from a seizure during the operation. 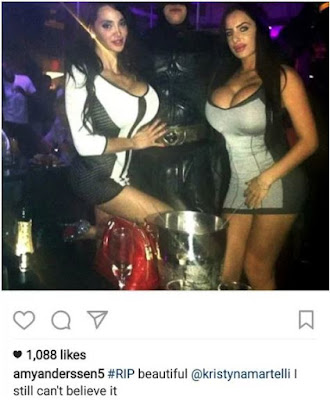 Anderssen shared two photos to announce the death of her friend.

"Heaven gets all the beautiful angels," she wrote in another photo.

Kristyna's last Instagram post was six days ago in which her breasts were covered with nothing but pasties while she advertised the pasties and referred to them as "the best pasties in town". What a pity.