Home News List Of Roads To Be Constructed In 2017 Budget 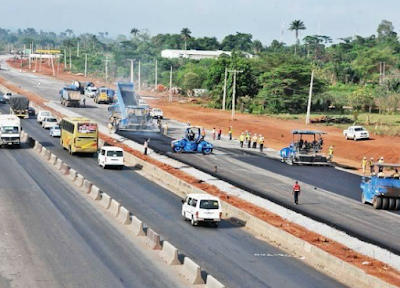 The categories are from priority ONE to FOUR...

The projects under Priority 1, are termed as "national priority projects", are projects on critical economic routes on the federal road network.

These are highly trafficked North-South, East-West routes used for the distribution of goods and services across the country and major river-crossing bridges. The sum of N150,470,553,292, which represents 62.22 per cent, is proposed to execute national priority 1 projects in 2017...These are;

On the list of projects given second priority, are projects being executed along the branch routes from the critical economic routes on the federal road network...

...These roads serve as links between the major routes and agricultural producing hubs, factories and mining deposits for the evacuation of agricultural produce, manufactured goods and raw materials to markets and ports across the country. The sum of N43,143,299,357, which represents 17.84 per cent, is proposed to execute National Priority 2 projects in 2017...These are;

These projects are specifically targeted at routes leading to the nation’s refineries, petroleum depots, major ports and mineral producing areas in the country to ease the movement of petroleum products and imported goods from the ports and depots to other parts of the country.

1) Rehabilitation of Apapa-Oshodi Expressway in Lagos Phase I & II

5) The construction of Agaie-Katcha-Baro Road

The objective is to boost the production of these crops and ease their movement to markets. This is to enhance food sufficiency in the country and minimize losses.

N8.9bn which represents 3.68 per cent, is proposed to construct and rehabilitate roads in this category...Such projects include;