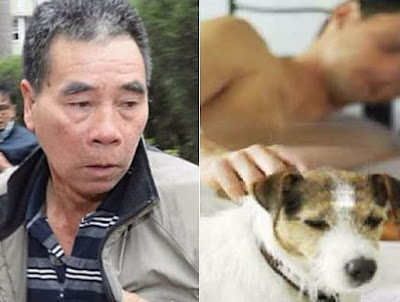 A man has been jailed for seven months for having sex with a dog and assaulting a reporter, Metro UK reports.

Chung Lin-fai, 58, pleaded guilty to one count of bestiality and also admitted to assaulting a journalist outside West Kowloon Magistrates’ Courts in February.

Hong Kong FP reports that Lin-fai led a two-year-old stray dog to a stream on Lantau Island, Hong Kong, where he assaulted the animal on February 1.

A witness who saw the dog emerge from the stream several hours later said it had injuries to its lower body.

After veterinary examination, human semen was found on the dog, the court was told.

The dog was subsequently taken under the care of volunteers at the animal welfare group SPCA.

Two weeks ago, Lin-fai admitted to having sex with the dog after explaining how he occasionally fed the canine and would take her to a nearby stream to give her a shower.

He insisted it was the first time he had sex with the dog.

In a psychiatric report submitted to the court, Lin-fai said he heard a female voice telling him to have sex with the dog and that he didn’t really remember many details of the incident.

During the trial, Lin-fai was also seen hitting a reporter at one point, for which he was sentenced to one month in jail.