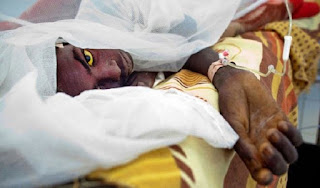 The number of dead in the ongoing epidemic of cerebrospinal meningitis reached 328 by Friday, up from more than 200, the federal health ministry has announced.

So far, 2,524 people have been affected, and a total 131 samples have been confirmed through laboratory tests.

“Although the cumulative number of people and locations affected may continue to increase, the actual rate of increase has begun to decline in some states indicating that the end of the epidemic is in sight,” it added.

A response team constituted last week is stepping up efforts to control the spread of the disease.

It is also updating database on CSM surveillance and management for states with scanty data.

Another season of CSM is expected this October but the health ministry says it is preparing for that, noting “Very Important consideration shall be given to a vaccine with wider spectrum of antigens.”

In addition, Nigeria is expected to arrange for cross-border surveillance with Niger and Benin.

• Avoidance of close and prolonged contact with a case/s

• Strict observance of hand hygiene and sneezing into Elbow joint/sleeves

• Vaccination with relevant sero-type of the meningococcal vaccine

• Self-medication should be avoided

• All Secondary and Tertiary Public Health Facilities should provide free treatment to all CSM Patients.