Nigerian-British Boxer, Anthony Joshua visits his mum prior to his biggest fight with Wladimir Klitschko 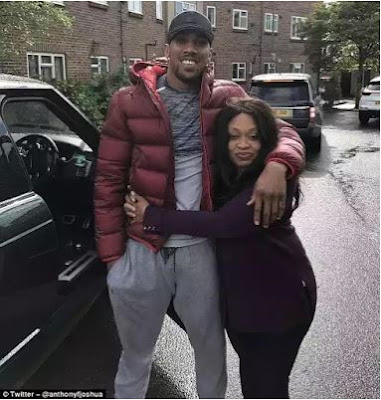 On Saturday, Anthony Joshua will square up against Wladimir Klitschko in what will be the biggest fight of his career so far. He visited his mum Yeta Odusanya for one last time before he steps onto the ring. The British boxer shared a pic he took with her and captioned it: 'See you on Sunday mum x'.

She has never seen her son fight and won't be in attendance, as watching her son take blow after blow goes against every woman's maternal instincts, he said.

Joshua has previously revealed that he doesn't like his mum to watch him when he is in the ring, saying:
'I don’t really let my mum come to my fights. It’s not a place you want to see your kid, I don’t think...a fight.' 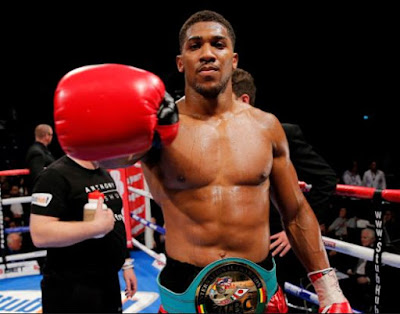