Home News Nigerian Dies In UK Nightclub, Another In Malaysia

Nigerian Dies In UK Nightclub, Another In Malaysia 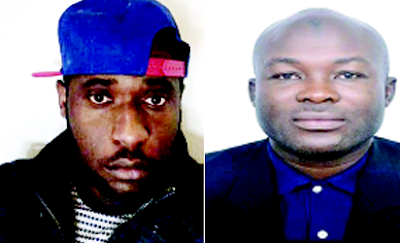 A 27-year-old Nigerian, Henry Ayabowei, popularly known as Henry Esin, an amateur footballer, has died after an attack at a Welsh nightclub. Late Henry Esin & Late Mr. Liadi The 27-year-old father of two children was found unconscious outside a nightclub at Dean Street in Bangor by police on Saturday.

He was rushed to Stoke Hospital special trauma unit, but died in hospital on Sunday. A 26-year-old man from the Bangor area was arrested after the attack, and has been re-arrested on suspicion of murder, following Mr. Esin’s death. … another in Malaysia A 44-year-old Nigerian doctorate student at the International Islamic University, Malaysia, IIUM, reportedly died while jogging on the campus field last week.

The late Mr. Liadi, who was popularly known as Olubadan because he hailed from Ibadan, Oyo State, was reportedly rushed to the school’s medical facility where he was pronounced dead. He was a lecturer at the Department of Economics, National Open University, Nigeria, NOUN, Lagos.

Sources said he had been buried according to Islamic rites at the Muslim burial ground in Malaysia, with members of the Nigerian community in Malaysia in attendance. He joined NOUN as a lecturer in 2013 and started his Ph.D. programme in Malaysia in 2014. He was about to submit his thesis before he died.