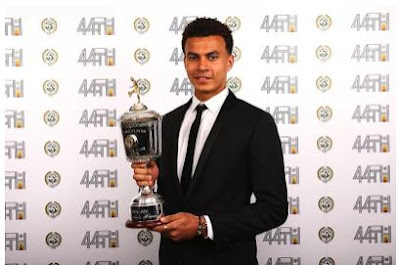 The 21-year-old British-born Nigerian footballer who chose to play for England and Tottenham Hotspur's midfielder, Dele Alli has won the young player of the year award at the Professional Footballers Association award. Dele won the award for the second successive year at the ceremony which held at the Grosvener hotel in London last night.