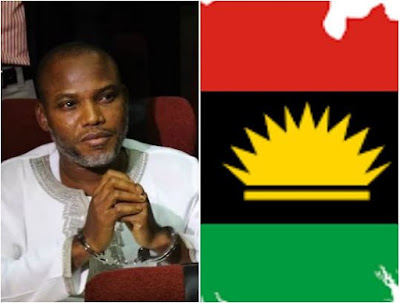 After meeting his bail conditions, the leader of the Indigenous People of Biafra, Nnamdi Kanu, left Kuje Prison in Abuja around 5pm this evening April 28th. He was driven home by former Aviation minister Osita Chidoka. Nnamdi Kanu was arrested in 2015 for treason and has been in prison since then.

He was granted bail by Justice Nyako of the Federal High Court in Abuja on Tuesday April 26th, after being told not to participate in any rallies or be found in a crowd of more than 10 people while he is on bail.

COMMENCEMENT OF 2016/17 SECOND SEMESTER COURSE REGISTRATION
This is to inform all UNN students that Course Registration for the Second Semester of the 2016/17 session has started.
The portal will be opened for Course Registration as follows:
Opening Date: 10th April, 2017.
Closing Date: 24th April, 2017.
Late Course Registration which attracts a penalty of N500 begins on 25thApril, 2017 and Closes on 8th May, 2017.
Any student who fails to register within this time frame is deemed to have forfeited this semester.
The Registrar will not condone any letter seeking for permission to register courses after this stipulated deadline.
Please be duly informed.