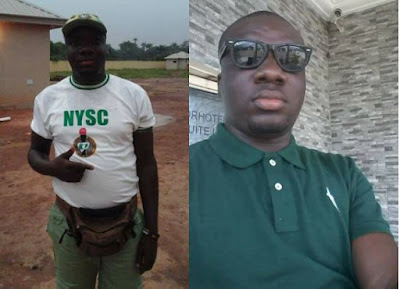 A serving corps member, Mr Toju Lodge lost his life after he was shot three times by suspected cultists in Oghara, Delta state. According to reports by Sapele Oghenek, Toju was serving in Imo state but returned to Delta state for the Easter celebration. He was reportedly called by his friends who he had issues with to come settle their differences.

A cult member attacked him there and shot him three time leading to his death. One of his friends, Ab Migrator, took to Facebook to mourn his death. He wrote;


"Feeling so sad to hear d news dat u re gone Toju my man, I'll neva 4get d day of ur graduation party dat u told me I'm d one dat is going to snap ur pictures which I did when u call me Paparazzi come over to Keldor hotel. U r leader favorite he loves u so much na u re gone.. Only God Almighty will reward d wicked. May ur gentle soul RIP Toju Lodge