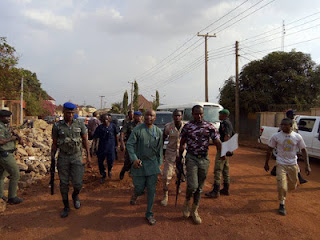 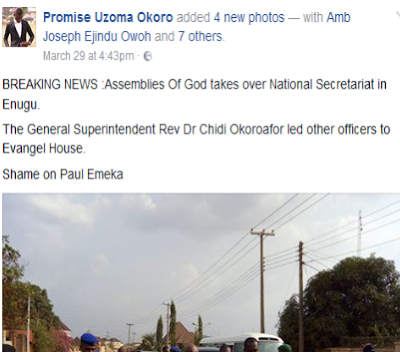 According to reports, Emeka refused to vacate his office in the secretariat, and continued to parade himself as General Superintendent, after his removal by the church’s General Council on March 6, 2014. 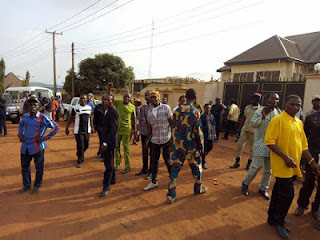 Initial attempts by the new General Superintendent of the church, Rev. Paul Okoroafor, and other leaders of the church, to recover the national secretariat were thwarted by Emeka, who again went to court to insist that he was the church’s leader. 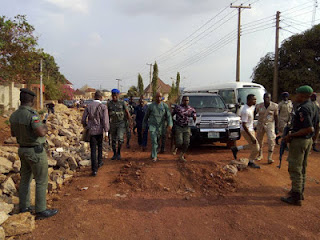 Violence was, however, averted as the police cordoned off the streets around the secretariat, after arresting some of Emeka’s loyalists. The arrested persons, were led away in handcuffs, including a woman.