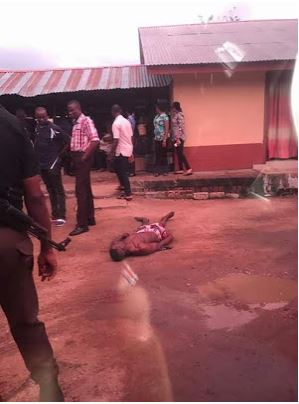 The deceased, a member of a notorious robbery gang that has been terrorizing the city for years was escaped with his men following a foiled robbery attack at a housing estate.

Stephen was said to have been trailed and chased by the SARS patrol team from Bayside, Marina where he had crossed the Atakpa gully control site into the Police Barracks at Moore road and hid in someone's apartment after threatening the occupants.


"When the SARS appeared on the scene, they combed and brought him out," said an eyewitness.

"When they brought him out, people gathered and the leader of the SARS team shouted 'waste that idiot, kill him' when asked by his boys what they should do.

One of the men shot him through the buttocks with the bullet penetrating to his penis region which was shattered.


"He kept struggling for about 30 minutes before he died and another Police team came and took his body away," the eyewitness added. 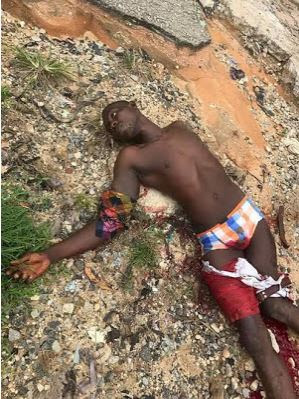 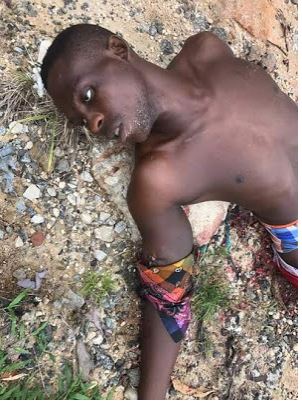 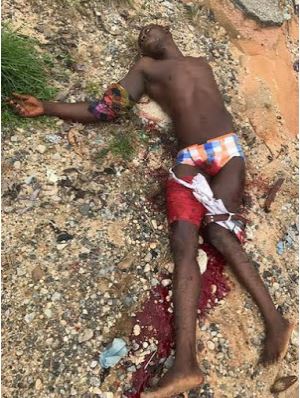