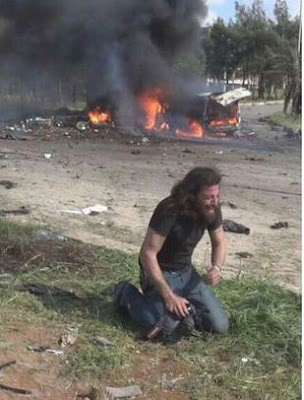 A suicide bomber lured children by handing out crisps before detonating a huge blast that killed at least 45 people in Syria, a witness said. A huge explosion ripped through a convoy of around 10 buses waiting to carry thousands of civilians out of rebel-held towns near Aleppo.

The coaches were left blackened and destroyed while dozens of bodies lay both inside and outside.

Many of them were children.

Abd Habak, a videographer, captured the devastation with this image of a colleague left on his knees and in tears beside the charred body of a child. 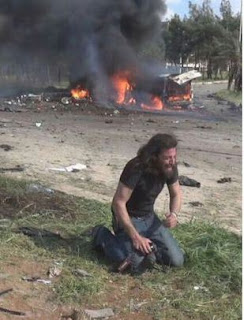 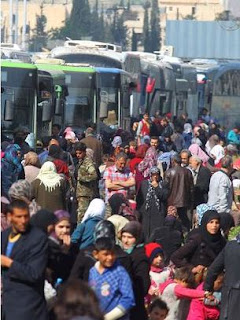 A witness told ZamanEnglish News: "A van was distributing crisps. "Children started running after it. It then exploded."

The blast hit the Rashidin area on Aleppo's outskirts, where dozens of buses carrying mostly Shi'ite residents of two villages that are being evacuated in a deal between warring sides were waiting to enter the city.

The Britain-based Syrian Observatory for Human Rights said at least 24 were killed.

A senior rebel official said 20 rebels who guarded the buses were killed as well as dozens of passengers. 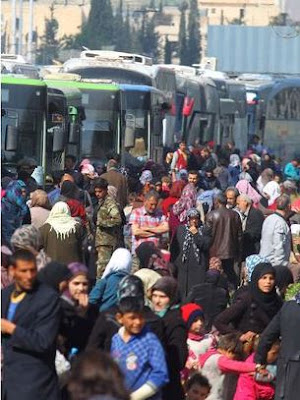 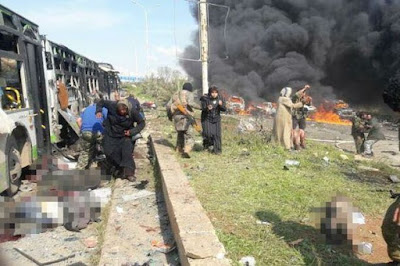 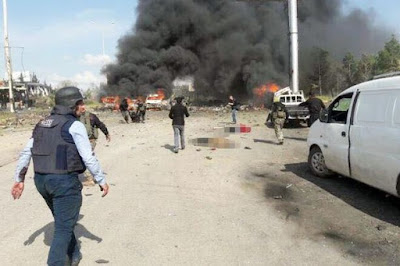 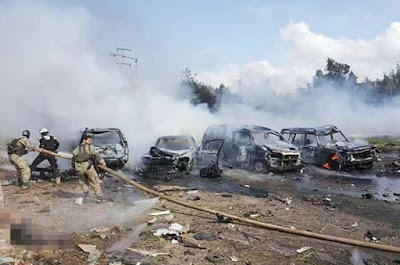