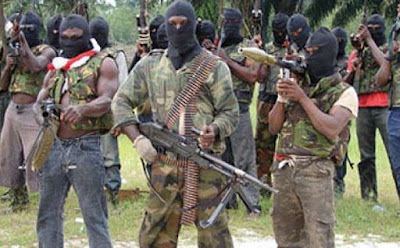 Some men suspected to be militants killed two mobile police officers and a civilian in an attack carried out in Ashagun community in Ibeju Lekki, Lagos.
According to reports, the militants, armed with sophisticated weapons, stormed the area yesterday afternoon and engaged the security operatives in a gun battle that lasted for hours. Five persons were abducted after the attack.