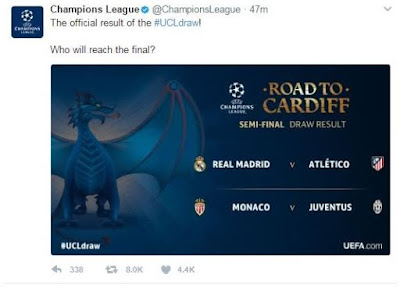 It's another Madrid derby in the UEFA Champions League as Real Madrid have been drawn against local rivals, Atletico Madrid in the semifinals in the draws held today in Nyon, Switzerland.