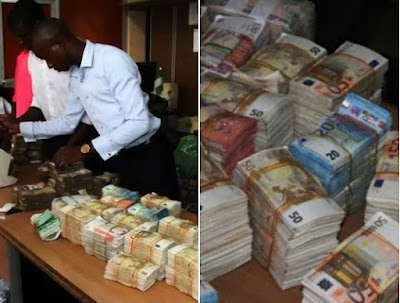 A tip received from a whistle blower today has led operatives of the Economic and Financial Crimes Commission, EFCC, to intercept huge sums of money in various currencies at the popular Balogun market in Lagos. The money which totaled about N250 million cash, include €547,730, £21,090 and N5,648,500.

A whistle blower gave a tip to the EFCC informing them that N250 million cash was being moved somewhere within the market to be converted into foreign currencies by unnamed persons.

Operatives responded immediately and were able to locate the store where the money was stored in a Bureau de Change, BDC, office in Balogun market. However, by the time they got there, some of the Naira had already been converted to Euro and Pounds sterling.

The two BDC operators discovered in possession of the monies claimed the money was sent to them by their boss from a Northern state in Nigeria.

EFCC says the two operators are cooperative and helping the Commission in its investigation. 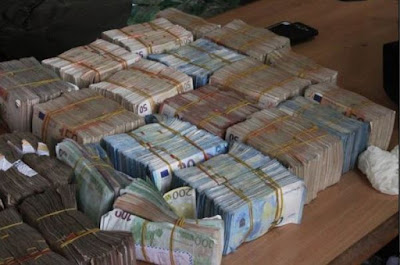