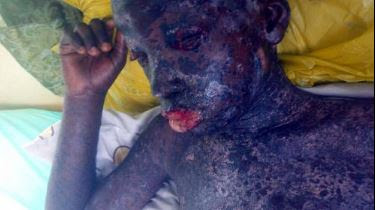 A 13-year-old student of the Command Secondary School in Suleja is left with horiffic burns after he was administered wrong medication by a nurse at the school clinic.

According to SaharaReporters, the incident occurred on April 30 when the student sought medical treatment for having high body temperature. After the drugs were administered to the student, he began to develop rashes all over his body.

He also noticed that his lips were swollen and his eyes were red. The situation worsened when the nurse abandoned him at the school’s clinic for three days without making an effort to ameliorate his condition.

The school authorities called the student’s parents to inform them of the development, but by the time his parents arrived at the school, his condition had worsened and had to be rushed to the Kubwa General Hospital in Abuja. The parents were told that their son had been given Augmentin and Paracetamol tablets, but tests conducted at the hospital revealed his reaction was caused by sulfur, contradicting the claim that he was given Augmentin.

A team of medical experts from National Agency for Foods, Drug Administration and Control (NAFDAC), who visited the boy at the hospital, reportedly corroborated the hospital’s findings, saying the negative reaction could have been avoided if the school had acted accordingly.

It is also reported that the commandant and management of the Command Secondary School have remained indifferent to the plight of their ailing student, who is still lying ill at the pediatric department of the hospital. The parents have accused the school authorities of dishonesty over the drugs administered at their ward. “We have been left completely to ourselves,” one of them said.

When SaharaReporters visited the Suleja school, however, the commandant was said to be unavailable for comments. But the vice principal, who declined giving her name, said she was not competent to speak on the matter. “I am a civil servant and only the commandant is best qualified to speak to the media,” she told our correspondent.

However, the matron of the school, Lt. Colonel B.S. Omoge,said that the boy had been administered Fansidar and Paracetamol, also revealed that the commandant was notified of his condition, although she also said she had earlier ordered nurses at the school’s clinic to evacuate drugs like Fansidar, Augmentin, and Laridox. 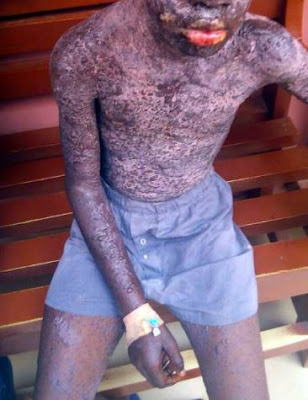 The parents continue to seek redress over the authorities’ neglect of their ward for three days, as well as lying that that their son was administered with Augmentin and failing to contact them for his medical history before administering the drugs.

According to medical reports, the teenager had suffered a medical condition called Stevens-Johnson Syndrome (SJS), which is a rare but serious condition arising from a severe reaction to taking certain drugs. The reaction causes the skin to blister and peel off and also affects the mucus membrane while blisters form inside the body, making it difficult to eat and urinate. 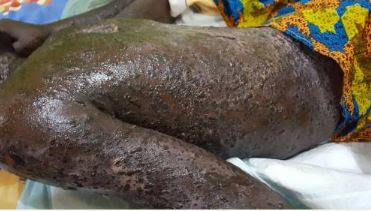