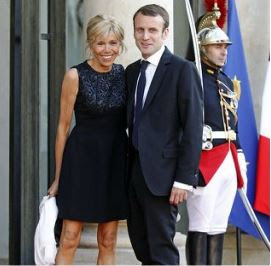 After the scandal that brought out the dirty secrets of most French politicians, and the subsequent declaration of interest by Emmanuel Macron to become the President of France, the man who fell in love and married his high school teacher, has won the French Presidential election.

Three projections, issued within minutes of polling stations closing at
8 p.m. (2 p.m. ET), showed Macron beating his opponent, Le Pen by around 65 percent to 35 - a gap wider than the 20 or so percentage points that pre-election surveys had pointed to.