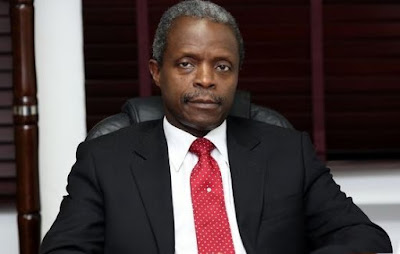 There is a new twist in the media as regards the $43 million plus discovered by the astute and unrelenting EFCC (Economic and Financial Crimes Commission) in an Ikoyi apartment. A PremiumTimes exclusive claimed that Nigeria's NSA Babagana Monguno has admitted knowing about the funds discovered and the total $289 million released by the Jonathan government. The report goes further, alleging that NSA Monguno even claims to have updated president Muhammadu Buhari about the "illegal" funds. This is very dangerous and promises to be highly damaging to the Buhari administration's reputation.
1. Monguno is a co-panelist of three picked by the president – now on indefinite sick leave in the United Kingdom – to investigate the discovered funds. Apart from the number of panelists being too small for an investigation of this sort, the presence of an implicated person on the panel would automatically render it valueless.

2. If indeed the NSA updated the president on the hidden stash, it will be an abuse of process for Buhari to set-up an inquiry and suspend the implicated NIA boss, Ayodele Oke.

3. It is currently reported that the implicated NIA boss's wife, Folashade Oke bought the property with $1.66 million cash. If indeed NSA Monguno has knowledge of and put a stamp of approval on such move, this violation of procedure in itself and it's approval by the NSA is indicting. A government employee's wife and family can never be used for covert operations. There are enough paid staff for that.

4. A latest report in the Vanguard claims the NIA boss's wife bought and transferred the property to the NIA. What is happening here is that the property is still in her name. Whatever document was likely recently forged to present a record of transfer, and did/does not transfer the property ownership "C of O" to the department legally. If the ownership has been transferred to the department legally and on record with the bank and property records agency, then it automatically defeats the explanation and justification of the wife making the purchase in the first place as identification of the ownership can still be made, thus blowing the so-called cover. This seemingly hurriedly crafted alibi falls flat on its face. Little wonder when SaharaReporters called Mr Oke the night of the find, he reportedly told them he had a headache.

5. The entire NIA budget (~$160m in 2015) is less than the $289 million foreign currency transferred to the agency in 2015. Monguno's stamp for the NIA to take an extra $289 from NAPIMS CBN account that year, would mean an approval of violation of the law. Furthermore, if indeed extra-budgetary allocations were made by Jonathan, the extra must be returned to the central bank at the end of the fiscal year.

6. Media reports (See PremiumTimes, April 14, 2017) have it that on the account of the NIA, the funds were allocated for illegal operations in Lagos and Abuja, The NIA is an external intelligence agency and not for local operations, hence the admitted illegality of the so-called covert operations. Has NSA Monguno put his stamp on such illegality?

7. As mocked by MSNBC's Rachael Maddow, the NSA can and should keep any covert funds in the banks. This is standard operations all over the world, Keeping such funds in a private and shared building complex is a violation of the law as well as ridiculous activity as it puts the uninsured funds at risk of burglars, fire, flooding and looting by building management and maintenance. Has NSA Monguno put his stamp on such big-league irregularity? Does NSA Monguno approve of NIA "projects" with its money courier, Mrs Folashade Oke who "pays" security guards N10,000 and N500 to carry precious ghana-must-gos of ~$400,000 dollar mint packs as alleged in the media? (See SaharaReporters April 17, 2017).

8. The PremiumTimes report claims NSA Monguno monitored and approved of the "projects" commenced in 2015 (or earlier) through 2016 till date. Why would an entire sum of $289 million be released in one tranche for a project to span three (3) or more years? What sense does this make? Why would the government not release the amount needed each year for a project to span several years?

9. Has Nigeria's NSA indeed put his stamp on foreign currency denominations released for local projects within Nigeria? Why was the money not released in naira, the nation's official currency if as the report claimed, the "projects" the NSA sent a certain Brigadier General Adeyinka Famadewa to inspect. Is the project a covert-op to devalue the naira by removing bulk dollars mint bundles from the apex bank vault? Where is this money changed to fund the "covert" "projects" in Lagos and Abuja? In the bank or with mallos? Is the funds to pay terrorists who like to receive their emoluments in foreign currency?

10. So if indeed the NSA puts his stamp on this stash, does it mean his stamp also covers the PDP paraphernalia reportedly found in the Osborne apartment and how does he explain several reports in credible media that the funds is the same funds Dasuki is today on trial for siphoned from the CBN to fund Jonathan's re-election campaign, that were released not by accident mid February 2015 in the crunch period when Jonathan postponed the elections?

11. Why did the CBN deny releasing the funds that NSA Monguno allegedly is putting his stamp on? (See: NIA didn't get Ikoyi cash from the CBN – Okorafor; Vanguard, April 18, 2017)

The questions can go on and on. At this point, we only hope the report in PremiumTimes Of NSA Monguno implicating himself/attempting to absorb the hit, and another similar defensive report in Vanguard alleging Mr Oke could not answer certain questions Professor and now Acting President Yemi Osinbajo asked him on the excuse of "oath of secrecy," are in error.

Interestingly, the seemingly ever evolving on-demand media reports from inside sources at a point alleged that the funds were approved by Jonathan on request by previous NIA Director General, Olaniyi Oladeji's era (2009 – 2013), which corresponds to the era of CBN governor Sanusi Lamido Sanusi, now Emir. It's easy to recognize a stinking catch basin. This one stinks to the high heavens.

Is this a cover-up because of the number of top Buhari and Jonathan officials that may include CBN governor Godwin Emefiele and/or perhaps now Emir and former CBN governor Sanusi Lamido Sanusi, who may be implicated? Did someone rationalize that the best damage control, since Buhari kept NIA DG Oke for the past two years to the disappointment of those of us who voted for "change" and is thus also implicated, would be to absorb this mess and "quietly ease out" the NIA boss as a suspicious mainstream media silence promoting article suggested?

It would be tragic for Nigeria for the current NSA to claim funds that the entire world knows are fraudulent and one of several evidences of the level of rot and gravid corruption of the Jonathan, Dasuki and Diezani administration Nigerians fought so hard to boot out. These are the monies looted that caused a million deaths in Borno and the displacement of millions more. These are the funds used for so-called projects in wealthy Abuja and Lagos, that were looted that have led to the death-by-starvation sentence to thousands of Nigerian IDPs and also led to the recession via the devaluation of the naira. This is blood money.

We await Acting President Yemi Osinbajo, SAN's unveiling of the report of his panel any moment now.