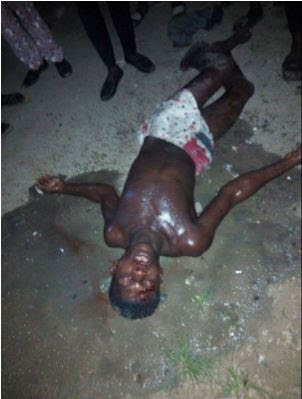 A man identified as Kelly, and his partner were allegedly caught red handed trying to rob a boutique in Okpe road, Delta state by 10:00 p.m on Sunday, 14th May, 2017. According to the report by Facebook page, Sapele Oghenek, the robbers used hammer and chisel to burst a big hole into the boutique in order to gain entrance.

In the process, someone caught them and raised an alarm. His partner managed to escape but Kelly was caught and beaten to a pulp by area boys before he was rescued and taken to the police station. 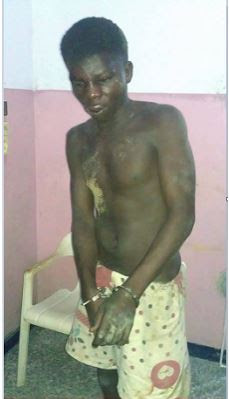 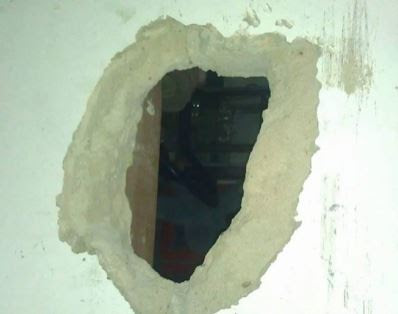