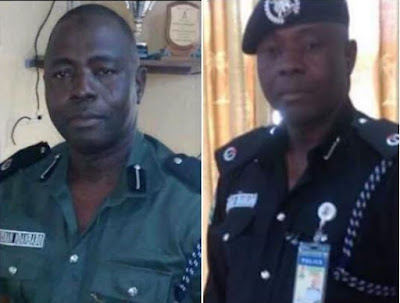 Gunmen suspected to be hired assassins on Sunday attacked and shot an Assistant Commissioner of Police and Commander, Ughelli Area Police Command, ACP Usman Ndanbabo, at about 8pm while he was driving alone, on 8th of May.

Ndanbabo, who was shot twice at close range, died at an undisclosed hospital in Warri after some hospitals he had earlier been rushed to claimed they lacked the expertise to handle the injuries the gunmen inflicted on him.


A security source was quoted as saying,

“He (Ndanbabo) was returning home from an outing at about 8pm in his Nissan SUV when he noticed that a Toyota car had been trailing him.

He tried fleeing from his car when he got to the roundabout opposite the palace of the Ovie of Ughelli along Isoko Road, only for his assailants to open fire on him, shooting him on the back and his stomach and left him for dead.”

That was the second time he was being attacked since he assumed office at the command. He has also come under heavy attack by arms wielding Fulani herdsmen when he led over 60 policemen to raid a farmland being forcefully occupied by herdsmen at Ohoro community in Ughelli North.