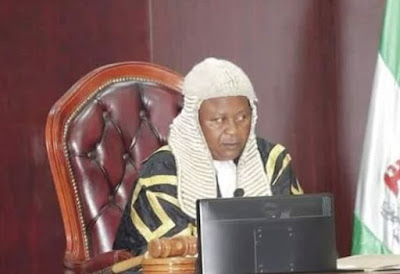 The Speaker of the Delta state House of Assembly, Monday Igbuya, has been impeached. He was impeached this morning during the plenary of the Assembly.
22 out of the 29 members of the state assembly signed his impeachment notice. The reason for his impeachment is still sketchy. The lawmakers have elected Sheriff Oborevwori representing Okpe constituency as Igbuya's replacement.