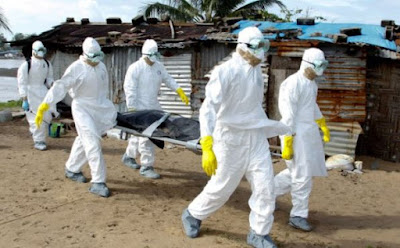 There is an Ebola outbreak in the Democratic Republic of Congo, the World Health Organization announced Friday.

The epidemic, which is currently small, is in Bas-Uele province, near the northern border with the Central African Republic. To date there have been nine suspected cases, three of whom have died. The first case dates back to April 22.

Dr. Oly Ilunga Kalenga, the minister of public health, informed the WHO of the outbreak. Testing of samples from five of the sick was conducted at the country’s National Biomedical Research Institute.

The first teams of epidemiologists, social mobilization, and risk communication experts as well as specialists in  hygiene and sanitation are expected to reach the outbreak setting by Saturday, the WHO statement said.

The Democratic Republic of Congo has experience containing Ebola outbreaks. The first known outbreak of the deadly disease occurred there in 1976, in Yamuku. A total of 318 cases were recorded in that outbreak, including 280 deaths.

The country has fought seven outbreaks before the current one; the most recent was between August and November of 2014, and involved 66 cases.

In the early days of the world’s experience with Ebola, outbreaks in DRC numbered in the hundreds of cases — which was large at the time. But the three outbreaks in DRC in the past decade involved fewer than 100 cases each.