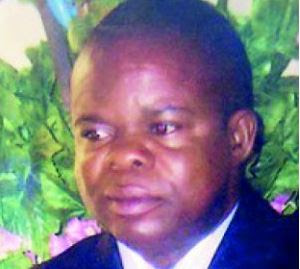 A 48-year-old leader of one of the popular Pentecostal churches in Umuahia, Behold He Commeth Pentecostal Church,  Umudike branch, in Ikwuano Local Government Area of Abia  State, Pastor Nnaemeka Ukenye, has been shot dead.

He was shot dead by six-man gang, who butchered his body, near his poultry and piggery farm/office, in Umuobia Housing Estate, Umuahia, Abia State capital.

Daily Sun gathered that Pastor Ukenye was killed when he went to his farms, last Saturday, to feed his birds and pigs with 12 of his workers.

According to sources, when the assailants arrived, they drove away those who came with the pastor before shooting him three time and descending on his corpse with machetes.

Speaking with Daily Sun,  a family source, who witnessed the pastor’s killing from a distance, said as soon as they arrived the farm, the gunmen emerged from the bush, surrounded them before asking the deceased if he knew anybody called Ngozi, who worked in his company.

He said: “My Oga said no and turned to us to ask if there was anybody like that. We said no. The assailant claimed that our oga was owing the said Ngozi salary.  One of them brought out a cutlass and hit me on the back, asking me to disappear. Others and I ran in different directions. They held our oga down.  We heard our Oga shouting, after which three gunshots were fired. Everywhere became quiet thereafter.

“When I waited for a ling time without hearing anything, I sneaked to where they held our oga and behold, his butchered body was lying at the centre of the road. We called his brothers, who came and we rushed him to the hospital, because we noticed that he was breathing very slowly. On getting to the hospital,   he was confirmed dead.  We then took his corpse to the state CID to make entry and they directed us to Ubakala police station, where we made entry before taking his corpse to mortuary.

“The whole scenario looked like he wanted to run before they hewed him down, then dealt several machete blows on him, probably, to make sure that he was dead. They came with a black Toyota car. They were about six in number, two came out from the bush and the other four came with the vehicle.

“It happened at the back of Holy Ghost Secondary School. They collected his phones and the money on him.”