Gunmen open fire at a mosque in Niger state, kill 20 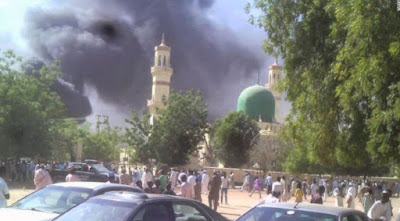 No fewer than 20 persons have been confirmed dead after unknown gunmen opened fire while they were praying at a mosque in Etogi community in Mokwa LGA of Niger State yesterday May 14th.

According to residents of the community, the attack is suspected to be a reprisal one after a herdsman was recently killed during a land dispute between Fulani youths and members of the community.

Confirming the incident, the spokesperson of the Niger state police command, DSP Bala Elkana, said four persons have been arrested in connection with the attack. He added that some women and children who were injured during the attack are currently receiving treatment at the state general hospital.