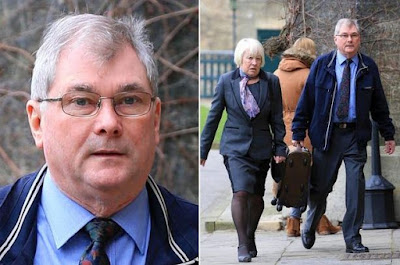 65-year-old Daniel Galloway, has bagged a 12 months jail sentence after he reportedly admitted, aiding and abetting Carol Bowditch, 64, to have sex with three different breeds.

According to Daily Mirror, Bowditch was given a community sentence last month after a judge heard she had sex with a St Bernard called Oscar, a black Labrador named Badger and an Alsatian called Rocky.

However, was adjourned on Galloway after he was also caught with over

12,000 indecent images of children as well as 191 extreme images of Bowditch having sex with dogs.

The couple's activities were exposed after military police investigated a member of the RAF in Lincolnshire.+