I will end corruption in 12 months - Magu vows 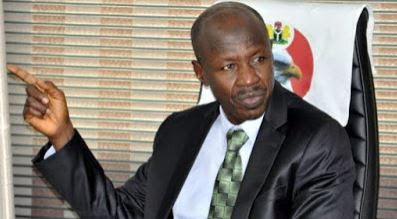 The Acting Chairman of the Economic and Financial Crimes Commission, Ibrahim Magu, on Thursday said that he would end corruption in Nigeria in the next 12 months.

Magu spoke during the official opening of the Ibadan Zonal Office and Stakeholders Engagement Session, held in Iyagaku, Ibadan. He said despite the challenges being faced by the agency, the anti-corruption war had been a success.

According to Punch,Magu said,
“The fight has just started and we will do it to the last. We will get them out, just give me 12 months, you will not see them again.”