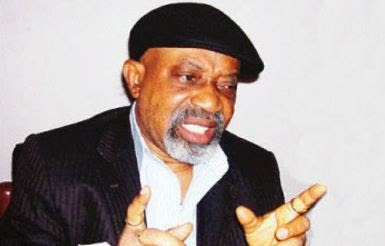 The Minister of Labour and Productivity, Chris Ngige, has asked the Southeast to stop complaining of marginalisation by the President Muhammadu Buhari-led administration.

He lamented that all his efforts to persuade the Igbo to wisely invest in Buhari’s presidential bid in 2015 failed because of lack of cooperation by many South-east leaders, who threw their weight behind former President Goodluck Jonathan.
“This is not a question I should answer because I’m a politician. But before these things happened, before the government of Jonathan failed, I went to all the Igbo fora to tell them that the Jonathan government will fall”, he said.

“I went to our Ohanaeze Ndi-Igbo in Enugu twice. They could not even reply to a letter written by Gen. Muhammadu Buhari, seeking for a meeting with them”, he added.

Ngige, revealed how he went to Lagos and convened an Igbo stakeholders forum in William Nwodo’s house in Ikoyi, Lagos in 2014, where he analysed the voting pattern in Nigeria and told them that even if they did not want to support Buhari, they should give him 25 per cent of their votes.

“They refused to listen to me, and to make matter worse, there was no voting in most of the areas in the South-east; they just allocated 5 per cent to APC.

“It was that bad, it is too late to cry when the head is off. Politics is business in a way, you invest in business and you reap profit.

“Yes, that is what it is. But all I want to tell you is that we played bad politics; we made a bad investment because they invested in the Jonathan presidency. They invested in Jonathan more than the South-south, where he hails from.

“I am not saying that is enough to marginalise them or not allow them come in but we are there. I will continue to speak for them and when there is anything to be distributed, we will make sure that the South-east gets its own portion. But they will not get excess portion.

“Even in a family where the head of the family goes to the farm to harvest his yams those who accompany the farmer to the farm get more share.

On what the All Progressives Congress (APC) will be campaigning on ahead 2019, Ngige stated: “Oh my God, so you are in the group of those who are pessimistic, who have refused to see the wonders of this government?

“Well, I’m from the South-east, so when we get there we will show them that first and foremost we have fought corruption to a standstill and that people can no longer steal at will, much less keeping such monies at home.

“The movement was from the bank to the house, but now that homes have been raided, maybe they will go to the farm to keep them. But people cannot steal money because there is no hiding place anymore.

“They cannot steal primitively like it was done before. The poor people of Nigerian are happy about this,” he said.

The APC chieftain said he has no regret for his role in helping to bring Buhari to power, saying if the opportunity presents itself again he will do exactly the same thing.

“The crisis you have in Venezuela today, the demonstrations in Venezuela, are as a result of the collapse of the whole economic firmament of that country. Venezuela, like Nigeria, did not plan for the rainy day.”