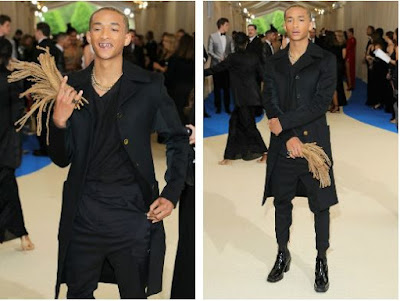 Rather than carry a man bag, Will Smith's 18 year old son, Jaden Smith, rocked an accessory on the Met Gala red carpet that has got everyone talking. Jaden - who recently cut his hair short for a new film role - decided to bring his own HAIR to the show.

The young man grinned as he flashed his blond dreadlocks on the red carpet as he posed up with fashion royalty.

But just when you thought there may be some deep philosophical meaning to the accessory, Jaden dealt another shocker when he revealed that he decided to bring his hair as his date, because his sister Willow couldn't make it.

"And since I coudn't bring my sister as a date, I brought my old hair."To which the magazine editor exclaimed: "Oh this is avant garde!"

Aside from the dreadlock fashion accessory and the grills, the teenageer was dressed in a simple black outfit made up of a T-shirt, black trousers and a long jacket. 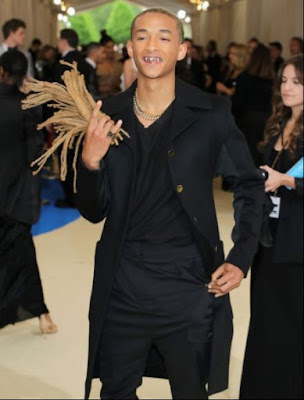 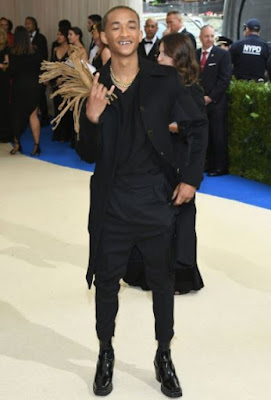 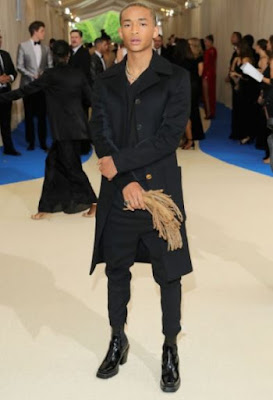