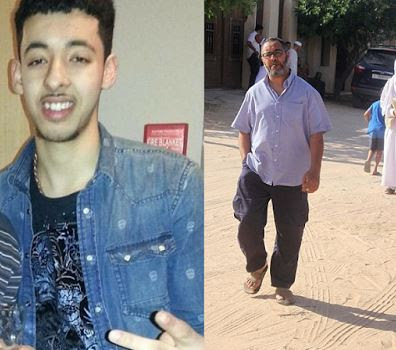 Bomber Salman Adebi phoned his nuclear scientist mother hours before his deadly attack and said 'forgive me', a Libyan anti-terror official has said.

A Libyan security source revealed Abedi rang his younger brother Hashem in Libya, telling him to get their mother Samia Tabbal, 50, to call him.

Details of his plea for forgiveness emerged after Tabbal was quizzed by police in Tripoli.
News sources in the US, citing intelligence officials, have said Abedi's mother was fearful her son had been radicalised.It has also been claimed she alerted authorities about it.

According to Daily Mail, the terrorist's family had informed on the 22-year-old as they feared he had become 'dangerous', a US intelligence official said.

Special Deterrent Force spokesman Ahmed bin Salem said Tabbal told interrogators her son left Libya for England only four days before the bombing and called her on the same day of the attack.
Bin Salem said: 'He was giving farewell.'

Another sibling, 20-year-old brother Hashem, and Abedi's father, Ramadan, were arrested in Tripoli on Wednesday.
Speaking yesterday, Ramadan had claimed his son seemed 'normal' when they last spoke five days ago and insisted: 'We don't believe in killing innocents.'

A third relative, Abedi's older brother Ismail, was arrested in Manchester on Tuesday.