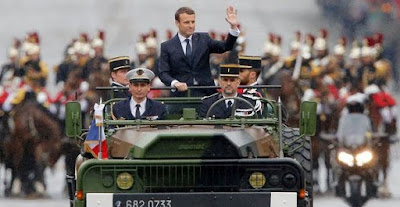 39-year-old centrist, Emmanuel Macron, today took over from President Francois Hollande, the socialist whose five years in power were plagued by stubborn unemployment and attacks.

Emmanuel Macron has been inaugurated as France's president, and will immediately face daunting challenges to rejuvenate the economy and breathe new life into the beleaguered European Union.

Macron - France's youngest ever president - beat his far-right rival Marine Le Pen to
the presidency, winning more than 65 percent of the vote on May 7. We say big congrats to him. You know we support young people ruling the world!!!! 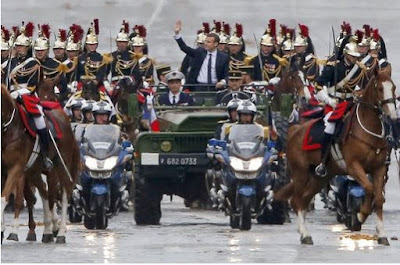