Nigeria falls to 26th position in best-performing institutions in Africa 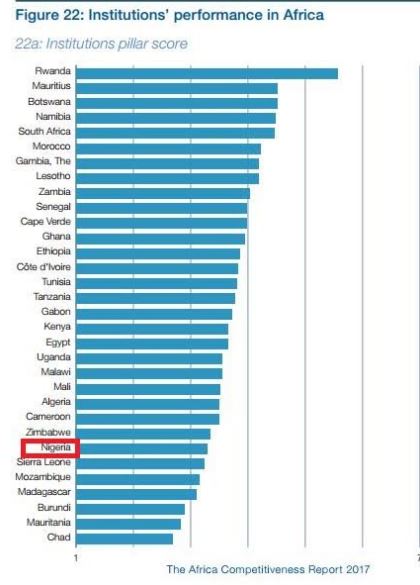 Nigeria who previously held the 3rd position for the best performing institutions in Africa has fallen drastically to the 26th position in the 2017 Africa Competitiveness Report released by the World Economic Forum last week.

Rwanda tops Africa’s best performing institutions, followed by Mauritius and Botswana, which have also been named in the list of 32 African countries assessed for the performance of their institutions.

Although, it was stated that the general performance of institutions in Africa was low 'but is slowly improving.'

The report said the improvement witnessed in some countries although impressive, faced major setbacks including the inability of leaders to respond to the demands of the growing youth population.