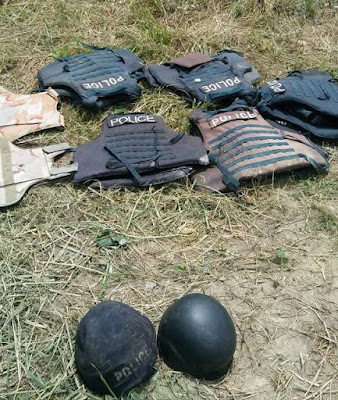 The southern swampland has been largely quiet since the start of the year because militants halted attacks against oil pipelines to give the government a chance to conduct peace talks.

But in a new confrontation, army and security forces moved on Sunday into the Ajakpa community in Ondo state, a region west of the Niger Delta, to hunt down militants involved in oil theft and kidnapping.

At least six soldiers were killed, as was the leader of a gang that had used the area as base to stage operations inside the Delta, military officials told a news conference in the oil town of Yenagoa. The operation has not yet finished.

“Following that successful operation, our troops carried out a raid operation to clear remnants of miscreants, militant camps, shrines and hideouts,” a military statement said.

But the Ijaw Youth Council, representing the biggest ethnic group in the region, said the army had laid siege to the community and harmed civilians.

“No one is allowed to come in or go out from the community as the water ways have been blocked by the military,” it said in a statement. “Women and children are dying on the hour of starvation and diseases; women are being raped and sexually harassed.”

The military rejected the allegations as propaganda, reports Reuters.

A similar operation in a different area had fuelled an insurgency before the government managed to calm down tensions by promising more development for the impoverished region, a key demand from residents.

The damage from attacks on Nigeria’s oil industry has exacerbated a downturn in Africa’s largest economy, which slipped into recession in 2016 for the first time in 25 years, largely due to low oil prices.