Some abducted Chibok girls refused to be ‘freed’ - Negotiator says 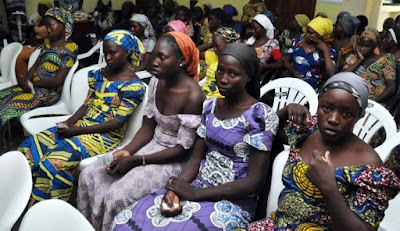 A legal practitioner and one of the mediators for the release of the 82 Chibok school girls, Zannah Mustapha, has disclosed that some of the abducted Chibok school girls who are still in Boko Haram captivity, refused to be freed during the last negotiation that led to the release of 82 girls last Saturday. Speaking with Reuters, Mustapha said some of the girls have been radicalised.

"Some girls refused to return. I have never talked to one of the girls about their reasons. As a mediator, it is not part of my mandate to force them to return home”he said
On Saturday May 6th, 82 of the Chibok girls were released after a prison swap by the Federal government with some imprisoned Boko Haram members.