Tension as fire broke out of Dubai’s Torch Tower [VIDEO] 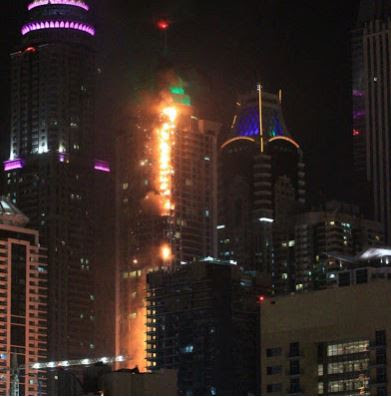 A fire broke out after midnight in one of the world’s tallest residential towers in Dubai, engulfing part of the skyscraper and sending chunks of debris plummeting below.

More than 40 floors of the 86-storey Torch Tower were burning on one side of the building, an Associated Press journalist near the scene of the blaze said.

Building residents could be seen on the street outside crying with several saying the fire broke out just after 1 am on Friday local time.

Dubai’s civil defence announced at about 3.30am that firefighters had brought the blaze under control and that no injuries had been reported.