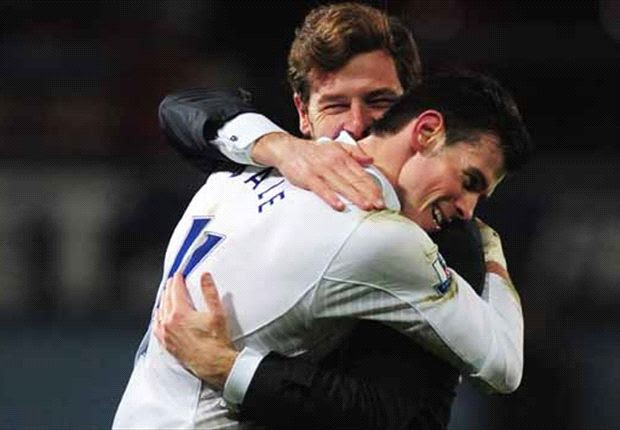 Amid speculation regarding the Welshman's future at White Hart Lane, the Portuguese manager wants the midfielder to put pen to paper for a new
to ward off potential suitors

But, with Bale prepared to stay with Spurs if they qualify for the Champions League, Villas-Boas is keen for the Welshman to sign a new deal at White Hart Lane and end rumors linking him with a move away from the capital.

"It would be good for him [to sign a new contract]," Villas-Boas told reporters. "I think he deserves it for the season he's had. Obviously we could put to bed every single speculation that's coming out.

"It would be excellent and I think a reward for what he has achieved this season."

Bale is contracted to Spurs until 2016 and has scored 30 times for club and country this campaign.