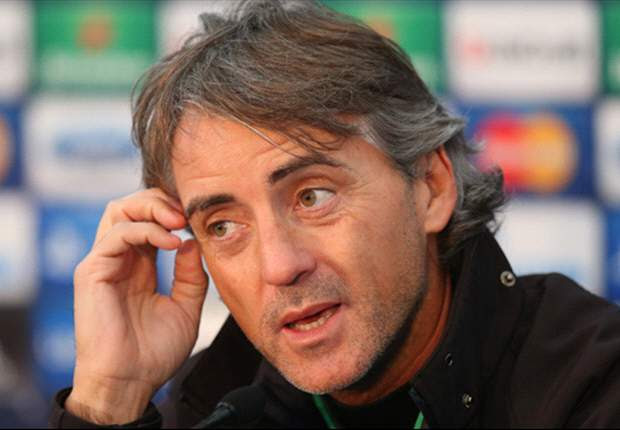 The Italian believes the Spaniard can handle both Saturday's showpiece at Wembley and the relegation run-in thereafter, while insisting his side is not the favorite.

The two sides meet at Wembley in what will be the Latics' first-ever FA Cup final, and Mancini believes the Spaniard is adept enough to handle both the weekend showpiece and Wigan's relegation run-in.

"Martinez is a strong manager and he knows this situation very well," the Italian told reporters. "The final is the final. It’s not important what happens in the Premier League.

"Afterward, though, I think they have a good chance to stay in the Premier League as they have two games left."

The 48-year-old insists City is not the favorite in what will be the club's second final in three years, citing its hard-fought win over Stoke two years ago as proof that every cup clash provides its own challenge.

"We know that every final is difficult," Mancini continued. "I don’t think in a final one team can be favorite. Against Stoke [in the final two years ago] we were called favorites but they played very well. I think we will have the same problem this year. For Wigan, this will be an important moment.

"The FA Cup is the second trophy in England after the Premier League. I think it's an important trophy for everyone. For us, it's our second final in three years – we have the chance to get our second cup and we want to do a good job.  To play at Wembley is fantastic and that will be the same for both teams."

Mancini also defended his side's overall campaign, insisting City has had a good season despite not achieving success on all fronts.

"I think that before this final we have had a good season," he added. "When you start the season you want to win as many trophies as you can but sometimes this isn’t possible.

"It is not like last season because we won the Premier League but I think it's still a good season."