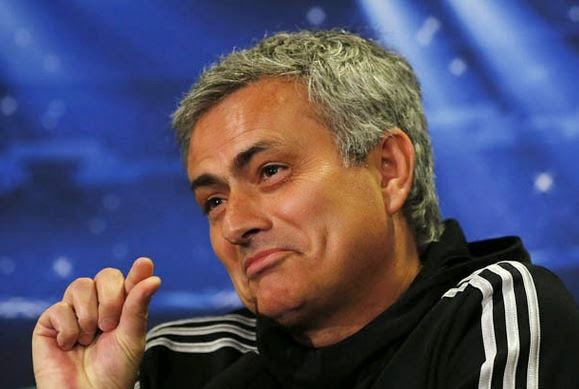 The Liverpool forward received a nine-match international suspension and a four-month global ban from Fifa for biting Chiellini during Uruguay's win over Italy on Tuesday.

Keep up with all the latest news from Brazil and get involved in the debate on Twitter with our new World Cup Social HubDue to the stipulation of his suspension which prevents him from attending any football match, Suarez was not inside the Maracana as Uruguay were dumped out of the World Cup after being beaten 2-0 by Colombia in their last-16 fixture on Saturday.

"I think the punishment is deserved because it is an accumulation of the same negative act on the football pitch,” Mourinho told Yahoo.

"What I really don't like in football is the stadium ban. What's the problem for Suarez to be in the stadium, in the middle of the Uruguay supporters watching the game between his country and Colombia?

"It's too hard, it's something that I really don't understand.

"If his punishment comes as a sequence of three similar mistakes in three different situations, it is something that he deserves. It has to stop."