Home Gossip News Why We Failed To #BringBackOurGirls

Why We Failed To #BringBackOurGirls 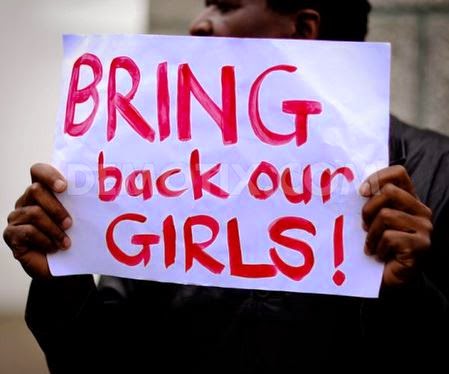 From the headlines of June 18th: “hundreds of thousands of Iraqi volunteers have responded to calls by the country’s highest religious authority to fight militants from the so-called Islamic State of Iraq and the Levant (ISIL).” You may read and view the video here: [http://www.presstv.ir/detail/2014/06/18/367542/100s-of-thousands-more-join-iraqi-army/]

This importantly highlights the failure of Nigeria’s executive leadership, ultimately and northern leadership in combating Boko Haram, a senseless menace that has plagued Nigeria’s north, largely unabated for four straight years.
In the four years of Boko Haram’s worst carnage, the terror sect has operated with minimal impedance from the Nigerian military and next to none so-ever from the communities where it rampages, rapes, abducts, kills and sets everything on fire. Over 80,000 have been killed, 3 million displaced and billions worth of farm lands rendered abandoned, potentially putting millions of Nigerians out of work and at risk of and dying of hunger.

The Nigerian government placed the north east under a prolonged state of emergency and deployed a number of troops to the conflict zones, but that has been pretty much it. Nigeria’s northern leadership and apex religious leadership have not done much more than criticize, comment or condemn the executive leadership without being proactive as Iraqi’s religious authorities have in the precipitation of their identical crisis.

When the people are being massacred by a handful of ragtag terrorist bandits, hiding in known locations in forests, the basic human response is for all willing and able men, young and old to volunteer, carry arms and defeat the handful of terrorists in their hideouts. This has been the human response when a nation’s security services are overwhelmed from the beginning of time and will be to the end. Nigeria’s Muslim leadership failed to call for a ‘Jihad’ to work with the Nigerian military to save the worst affected people.

The Prime Minister of Iraq showed responsible leadership at the head of the crises, immediately inviting this initiative. Last week he made an urgent call for residents of Mosul to pick up arms to defend their city being sacked by the ISIL terrorists. The Iraq government and religious leaders both showed maturity, understanding and responsible leadership in immediately initiating and supporting this urgent response to terror that overwhelms state security services.

Nigerians including a broad range of civilians across the country, from north to south, civil activists, and local vigilante’s and the popular Civilian-JTF have begged their leaders and the Federal government for this advantage over terror, but their pleas have fallen on deaf ears.

For the last two months, the hunters association and vigilantes of Borno have gathered in Borno, requesting the approval and support – with better arms – of the government so they can go into the forests they say they know perfectly well and fight Boko Haram. The State and federal government turned their back on their proposal.

Late May, Abdurahman Abba Terab, a representative of Gamboru-Ngala, one of the worst hit towns, presented this desperate need for the civilians who already die doing such a great job against Boko Haram with knives and the local guns they can find, to be armed appropriately as a necessary means to check the destruction of their villages and farming existence.

Dr. Pogu Bitrus (of Chibok), Rev. Ibrahim Dauwa (of Gwoza) and Rev. James Yaga, JP, representing Borno Christians in a Press release this week, made the same call, for civilians to be supported in bearing appropriate arms to defend their communities; but Nigeria’s government under Goodluck Ebele Jonathan, who hails from Bayelsa state in the south of the nation, has refused to answer all these calls and take a cue from the appropriate and ultimate response that Iraq, under the leadership of Prime Minister Nouri Al-Maliki is taking. The farming north continues to wither under a terrorist organization that has the advantage of easily procuring Nigerian military vehicles and weapons from Nigeria’s armory.

Civil organizations across the world have promised that with the approval of the Nigerian government, they will supply the civilians the adequate arms and ammunitions in the event the Goodluck Jonathan government acts ‘cheap,’ and refuses to supply these arms.

Some have expressed of the government’s refusal to respond to the need of the people and urgently approve of the only solution to checking the Boko Haram menace and freeing the latest large group of 234 abducted girls and all hundreds of abducted men and women over the years, as hypocrisy, considering the fact that the president of Nigeria invested billions of the nation’s wealth in arming a civilian ex-militant/terrorist, Tompolo in the Niger Delta who is supposedly assigned to protect the creeks from oil vandals.

Several known northern leaders who make loud calls for so-called ‘Jihad’s’ (to strive) when there are rumors of desecrations in faraway lands, or beauty pageants, have been conspicuously silent in this real matter that deserves a Jihad to save our girls, boys, elderly men, women and poor farmers. Where are these leaders now? Why are they not leading the struggle for the able youth from across Nigeria and waiting Vigilantes in Borno, to be armed and supported to make the Jihad into Sambisa to return peace and tranquility to ‘peaceful Borno?’

Arming civilians to defend themselves from – and go after – handfuls of desperate, marauding rag-tag, drugged up bandits, in the recognition of the fact that Nigeria lacks a state security response to prevent and abate terror, is the way and only way at that, to ending the Boko Haram barbaric menace. In this light, Nigeria’s northern, Muslim and executive leadership, have failed to respond appropriately and make the right call in defense of the most vulnerable of us.

The Muslim Holy book says what means - Did not Allah check one set of people by means of another, there would surely have been pulled down monasteries, churches, synagogues, and mosques, in which the name of Allah is commemorated in abundant measure. Allah will certainly aid those who aid his (cause);- for verily Allah is full of Strength, Exalted in Might, (able to enforce His Will). Chapter 22:40

Our leaders are not preaching and our government is in a criminal slumber.

Dr. Peregrino Brimah
[Every Nigerian Do Something]
Email: drbrimah@ends.ng

Pls enough is enough, look at d people that has being killed, since they kidnapped those girls, my advice is that they attack the evil terrorist like that, any of the girls who will survive will survive... #Joefirst