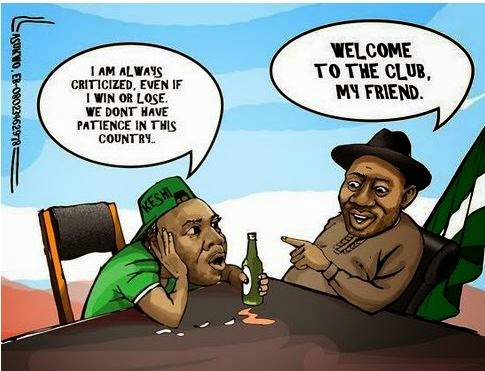 The Super Eagles of Nigeria head coach, Stephen Okechukwu Keshi, has resigned his appointment after he led the team to the second round of the 2014 FIFA World Cup. The team's captain, Joseph Yobo resigns from international duties as well after his 100 appearance for Nigeria's national team.

I hope NFF settle rifts with Keshi and make him undo his decision because he is simply the best for the Super Eagles.