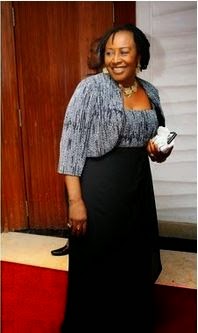 Nollywood actress, Patience Ozokwo in a new interview with NigeriaFilms has publicly denied having any secret lover or sexual relationship with any man.

“It is really annoying when people begin to talk about you with things you never thought of doing. So, to clear the air, I don’t have any man in my life but friends; both males and females and I am working hard to make a living for myself so that nobody will say he/she is affecting my life.”

“I don’t even know the person you guys are talking about. At this age, I shouldn’t be thinking about having a lover. Instead, I should be thinking how to work seriously to make Nigeria grow,” she said.

The 2014 AMAA Best Supporting actress, who was recently spotted in Uganda at the launch of the second edition of the Uganda Film Festival on Tuesday, June 17, 2014, is currently on vacation in London, taking care of her grandchildren and is due to be back in the country soon.